The Secret Life of Objects by Dawn Raffel 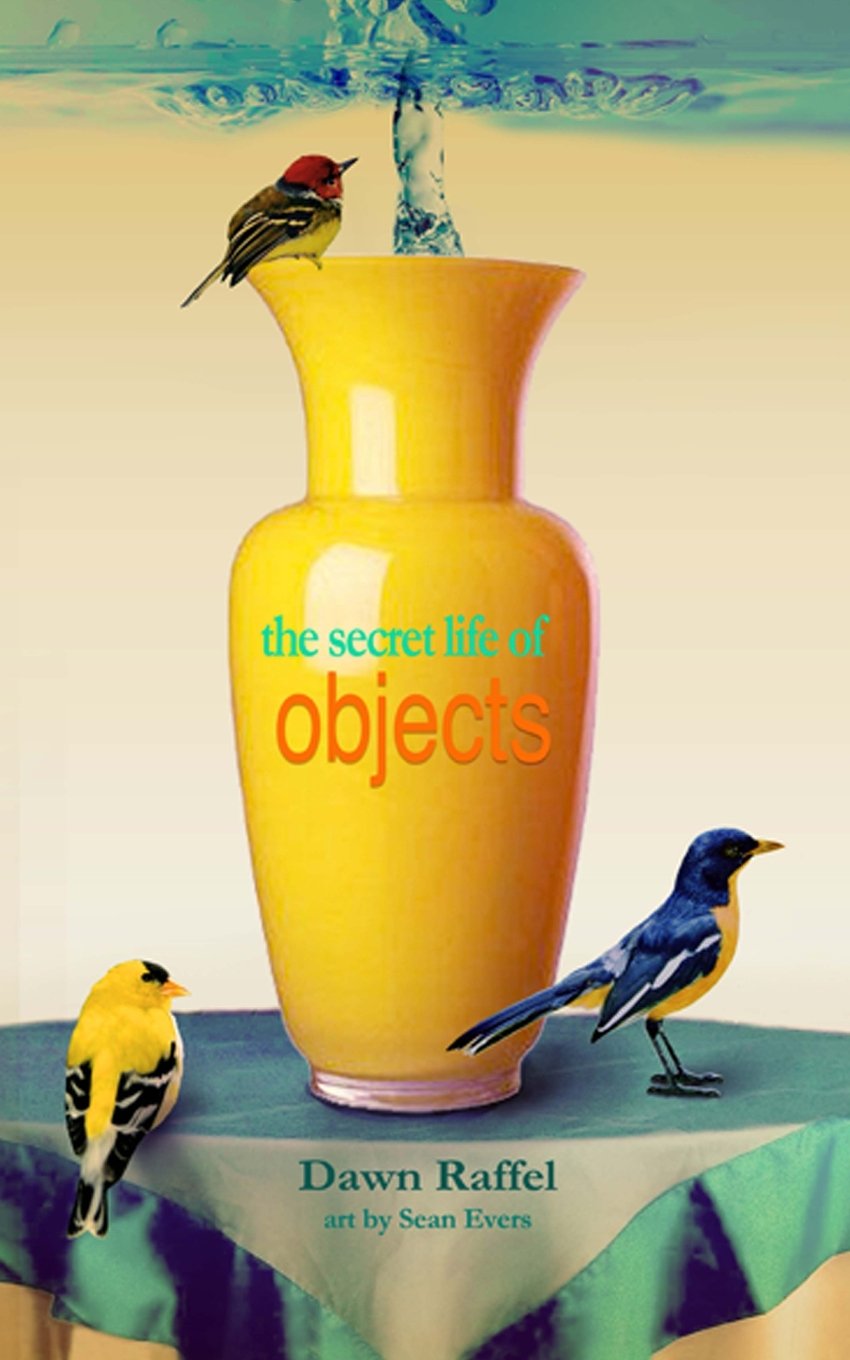 In The Secret Life of Objects, Dawn Raffel treats readers to dozens of flash nonfictions revolving around household bric-a-brac. Each object, which titles a chapter, connects to a memory, sometimes not appearing until the end as symbolic tokens and sometimes driving the chapter’s plot. In all of the stories, the objects act as gatekeepers to Raffel’s memories. Most of these stories involve her family and close friends, and the recurring characters lend the memoir a sense of progression, even though the chronology is not linear but jumps backward and forward throughout her life.

The memoir’s conceit, a life as told by objects, allows Raffel to jump chronologically without losing a narrative flow, because the stories remain grounded in a central figure. It’s like Raffel is leading the reader through a textual, guided tour of her house. Like most house tours, the stranger sees a decoration, but its owner passes a cherished memory. By sharing the story connected to the object, Raffel is sharing a part of herself. Nostalgia, Secret Life argues, is the true value of an object.

Raffel kindly warns the reader about the book’s major themes in the prologue-esque initial chapter that bears the same name as the memoir: “Objects are intractable. We own them. We don’t. All memoir is fiction.” The subjectivity of memory, and therefore of an identity, echoes throughout almost all of the stories. The sheer act of utilizing an object as a key inherently suggests that the memory is imperfect, because without the object the memory is incomplete, or inaccessible—which leads directly to Raffel’s above quote. She owns the objects physically, but they own her mentally. This theme, subjectivity of memory, climaxes in the story “The Phonograph That Proves That My Memories Were Wrong.” As the title suggests, the chapter’s object, the phonograph, provides objective evidence that contradicts Raffel’s memories.

The phonograph effectively holds the memory more truthfully than Raffel’s own mind. The term “unreliable narrator” almost seems an understatement when a book’s symbols, in this case the titular objects, transcend the narrator’s power of truth. Raffel uses this chapter to emphasize that her life, that anybody’s life, is a subjective experience. “All memoir is fiction.”

The second major theme, memoir as fiction, feeds off this owner/ owned relationship, and burns in the background for most of the book. The story that directly addresses the theme, “The Florsheim Dog,” is a pivotal chapter that reaches beyond its own story to coalesce the book as a singular narrative. In it, Raffel recounts dis- covering one of her mother’s paintings: a still life of Raffel’s child- hood toys. The titular dog appears in this painting that is meant to represent Raffel’s childhood, but Raffel cannot recall a first-hand experience with it. She just remembers it as a part of the paint- ing. “The painting expressed not so much who I was by way of my possessions as who I was in the eyes of my mother, suffused, I can assume, with who she wished I was.” The irony being, of course, that The Secret Life of Objects is Raffel’s version of her mother’s painting; the memoir is Raffel’s painting of herself via her posses- sions. And by bringing her mother’s perhaps accidental skewing of Raffel’s life to the reader’s attention, Raffel seems to acquiesce to the fact that she might be committing the exact same fictionalization of her life in prose.

The last story, “The Dictionary,” does not break new ground, but solidifies the book’s pervading themes. In this story, Raffel and her mother, whose death opens the book, purchase a dictionary. Raffel then describes the book’s present condition, her mother now a memory: “The letters on the finger tabs have mostly worn off and the gold-embossed cover is splitting from the spine.” But, “opening it, I am standing once more on the cusp of my life, with my beautiful mother, unburdened of years.” The physical wears away, the body grows old, but the condition of an object’s luster lies not in its sheen. Instead, it is the strength of the emotional connection associated with it. Maybe the memory is flawed due to time’s magnify- ing lens, but the object summons both what was and what could have been. The book’s last line, in reference to Raffel’s mother: “My dictionary holds between its covers all the words we might have said.” In this memoir-in-flash, objects reside in both the physical world and Raffel’s memories. This is their secret life. They sit on a shelf or a desk or a wall where a passerby can touch them, but they also act as intangible portals to worlds where Raffel can still hold conversations with her mother.

Keith Frady is a short story writer currently living in Atlanta, GA. His current literary aspirations are to publish a short story collection and to one day write a Batman comic.